The Foreign Affairs Advisor provides subject matter expertise in Peacebuilding, Conflict Prevention, Crisis Recovery, and Disaster Risk Reduction. As a seconded officer of the Department of Foreign Affairs and Trade, the Advisor can advocate for their home agency while supporting the work of ACMC. 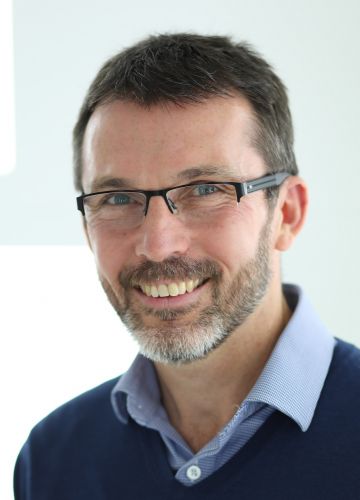 Cameron Noble brings two decades of experience in foreign policy, peacebuilding and humanitarian response to the position of the DFAT Foreign Policy Advisor at ACMC.

Cameron joined DFAT in 2013 and prior to his current position worked on the Indonesia, Japan and G20 desks. He is concurrently a member of the DFAT Crisis Response Team and was deployed as part of the Australian Government’s response to cyclones Winston in Fiji and Pam in Vanuatu. He most recently led the DFAT team on the ground for the Thai cave rescue in July 2018.

Prior to joining DFAT, Cameron worked for the UNDP Pacific Centre and the Pacific Islands Forum Secretariat in Fiji as the conflict prevention advisor. Between 2008 and 2010 he worked in Indonesia for the World Bank and UNDP leading a large research project on the Aceh Peace Process. Prior to that, he led the Japanese Embassy Aceh Point Office in Banda Aceh for two years and oversaw the Japanese Government’s support for the Aceh Peace Process and the 2006 Yogyakarta earthquake response. He was sent to Japan as the country director for Peace Winds Japan in early 2004 and led the organisation’s humanitarian response to the Boxing Day tsunami.

In 2002 and 2003 he worked in Sierra Leone and Afghanistan respectively for Peace Winds Japan as a field coordinator. In Tokyo he was the advisor to the CEO on peacebuilding issues. Between 1999 and 2002 he worked for the Japan Centre for Conflict Prevention as a researcher and developed pioneering online directories of conflict prevention organisations and online symposiums on security issues.

He holds a Master’s Degree in International Cooperation from Saitama University in Japan, a Master of Arts in Japanese Studies from Monash University, and a Bachelor of Arts in Industrial Design from RMIT. He has published on conflict prevention and early recovery issues, and speaks Japanese and Indonesian.