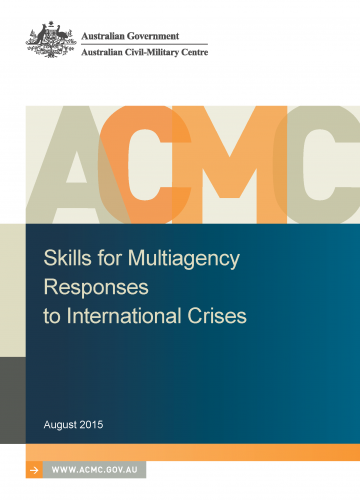 A scoping study of Australian government agency training needs in the latter half of 2013 indicated that stakeholder agencies continue to have difficulty in identifying and developing individual skills to enable people to operate effectively in a high-pressure crisis environment that requires an integrated civil-militarypolice response. Agencies highlighted the need to develop a ‘whole-of-government’ set of skills for civilmilitary- police interaction that would complement agency specific skills.

In 2015, the Australian Civil-Military Centre (ACMC) commissioned Sustineo to undertake a project to address this gap. This report, based on Sustineo’s research and consultations, goes some way to identifying the skills needed for effective civil-military-police interaction. However, the list is not exhaustive. In fact, the report highlights the difficulty of articulating a specific set of multiagency, cross-cutting skills for civil-military-police interaction.

Practitioners gave consistent advice that specific skills were less important than other factors in successful civil-military-police interaction. Skills and training are only one component of success. The factors that can facilitate and enhance civil-military-police interaction and the strategies required to address those factors are much broader. The report highlights some of these broader factors and how they interrelate. It identifies the interdependence of individual knowledge, skills and attributes, the value of building relationships, the importance of tolerance and understandings of difference and the need for trust and credibility.

The report concludes that an individual’s ability to operate effectively in a civil-military-police environment is developed both prior to and during a mission or deployment and relates more to the type of person and their relationships than to specific skills.

The report identifies considerations for developing people for deployments and it is hoped that these will inform agencies’ training and development strategies. The findings support the ongoing work that the ACMC is undertaking to develop an Australian Government Preparedness Framework (the Framework). The Framework will draw together several streams of work that are interrelated, including this report, to further build Australia’s whole-of-government effectiveness in responding to disasters and complex emergencies overseas. 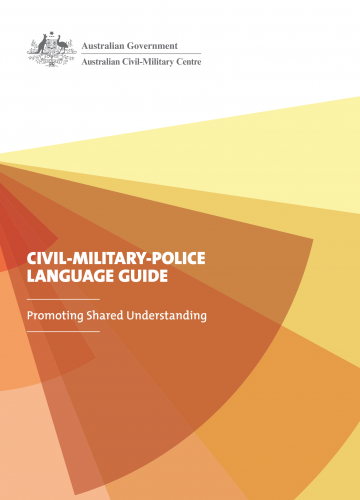 Lead Author/s
Australian Civil-Military Centre
The civil-military-police community is as diverse as it is broad. It contains a wide range of actors who employ a variety of methodologies and techniques, use unique equipment and often pursue different objectives in service of different masters. 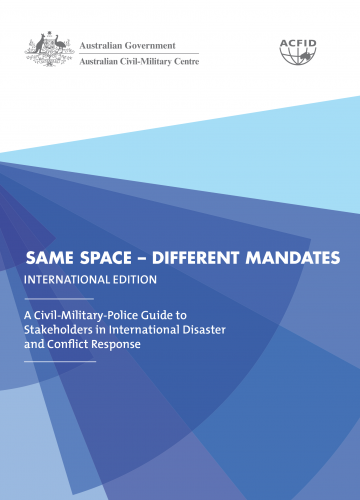