An introductory overview to support prevention and response efforts. 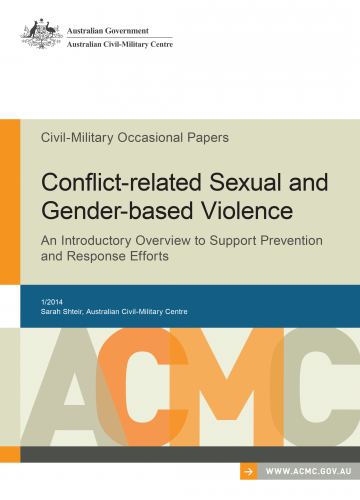 Sexual and gender-based violence is widespread in conflict-affected environments. The field of conflict-related sexual and gender-based violence is active and constantly expanding. Recent research and analysis are drawing attention to the complexity of this form of violence, reflecting a shift away from simplified narratives. They also point to the need for a more inclusive understanding of sexual violence, which acknowledges, for example, male victims and survivors, as well as the experiences and motivations of perpetrators.

The wealth of information, activity and debate that characterises this field can be daunting. This paper offers an introductory overview of conflictrelated sexual and gender-based violence, in particular for those who are beginning their involvement with the subject—whether they are civilian, military or police. It examines a number of dominant patterns of sexual and gender-based violence in conflict-affected environments. It surveys a range of causes and motivations that can contribute to the perpetration of this form of violence, and explores persistent gaps and weaknesses in current efforts to deal with such violence. Throughout the report, where relevant, information is provided about what is being done to prevent and respond to conflict-related sexual and gender-based violence, with a sampling of efforts from the international, regional and domestic levels. 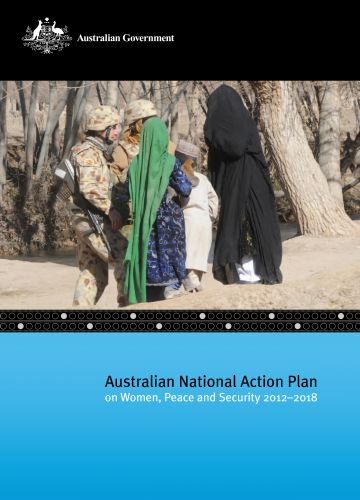 The National Action Plan sets out what Australia will do, at home and overseas, to integrate a gender perspective into its peace and security efforts, protect women and girls’ human rights, and promote their participation in conflict prevention, management and resolution. ACMC has a role in the design and implementation of this plan. 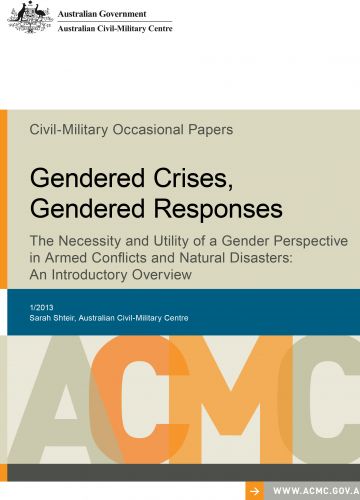 Lead Author/s
Sarah Shteir
The Necessity and Utility of a Gender Perspective in Armed Conflicts and Natural Disasters: An Introductory Overview. 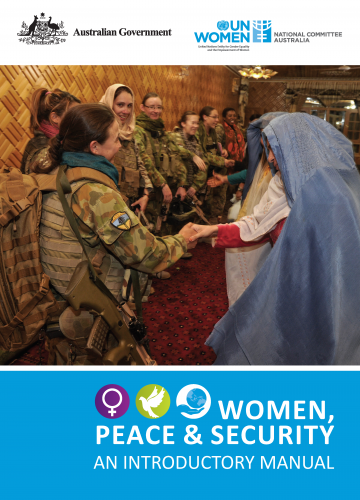 Lead Author/s
The Australian National Committee for UN Women
Women’s leadership and collective action have changed the world by combatting violence against women and building equality. Women’s leadership is central to reconciliation and conflict resolution and to peacebuilding efforts that bring results for families and communities. 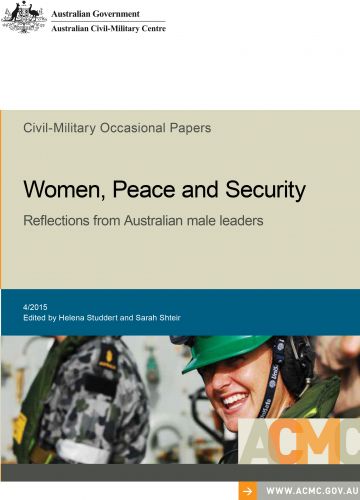 Lead Author/s
Eds. Helena Studdert
Sarah Shteir
Moving past the theoretical by drawing together the real-life experiences, reflections and lessons of male leaders from the Australian Defence Force, the Australian Federal Police and civilians.
Close